No Result
View All Result

After 20 winners won a portion of the jackpot in South Africa’s national lottery, an unexpected sequence of numbers was drawn, prompting numerous direct allegations of fraud.

The winning numbers five, six, seven, eight, and nine were picked in Tuesday, 01 December 2020 PowerBall lottery draw, but the PowerBall itself was, yip you guessed it, ten.

Congratulations to 20 new multimillionaires who each won over R5 million on the PowerBall jackpot! 5, 6, 7, 8, 9, 10 🙌 🤑 What will your winning numbers be? Check your tickets now to see if you’re a winner #FestiveYamaMillions pic.twitter.com/7DYpDjTL4R

Regulators in South Africa have defended the selection, saying it was unique but not indicative of illicit conduct.

That’s one in 42 million chances of getting all five digits and the PowerBall. The National Lottery (Ithuba Holdings) claimed that the draw was investigated and found to be valid but provided no further details of their investigations to the public.

“As unusual as these numbers may be, the odds of them happening are the same as any other combination.”

A total of R5.7 million was awarded to each of the 20 winners, while another 79 people received roughly R6,283 each for correctly guessing a sequence yet missing the PowerBall.

For the PowerBall lottery, the draw date the jackpot was estimated to be worth just over R114 million.

Lotto exposing themselves that they are a scam …What do you use the 30min after sales cutoff before the draw for? Reduce the time to 5min we want to see something #LOTTO pic.twitter.com/GHfxrP9kdL

The picking of consecutive numbers generated news around the world.

A spokesperson for the lottery operator said that while a sequence of numbers like this is unusual, many players do choose sequential combinations like this when selecting their numbers. The company that officiates the random number generation for the South African lottery Szrek outlined a somewhat contrived article that alludes to the numbers being randomly generated, but that provides only a generalist video about how they validate lottery draws for their lotto customers yet nothing specific to this draw.

Data from 200 lotteries from around the world dating back nearly 50 years.

“In almost all lottery games we have never even seen five sequential numbers. Yet in South Africa’s lottery December 2020 draw, we have 6 number matches. The odds are not impossible but absolutely staggering.”

After receiving Ithuba’s report on this draw, the NLC (National Lottery Commission) declared it was subject to testing and auditing at every stage of the process. Lottery regulator claims there will be no further investigation into SA’s 5, 6, 7, 8, 9 and 10 Powerball draw and advised that Ithuba run an educational campaign about how lotto numbers are drawn. The NLC says that it tests the random number generator used by Ithuba on a regular basis and that there was nothing problematic with the system itself.

The official statement from the NLC can be downloaded here.

The Number Sequence Was Not Consecutive

During the “live” draw, the numbers 8, 5, 9, 7, 6, and 10 were drawn in the sequence in which they were selected by ITHUBA’s random number generator. Only later, when placed in numeric order did the unusual combination in this draw begin to stick out like a sore thumb. 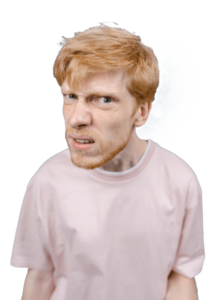 With 20 winners of a jackpot prize, the chances are in itself unusual. Lottery winners have the right to maintain their anonymity. ITHUBA’s spokesperson further outlined that in all draws there are many players that select consecutive number sequences.

Worst paying numbers in lotto draws are generally 1-12, after that is 13-31 as they cover birthdays and special dates which many people tend to pick.

As a result, the most frequently played numbers are 1 through 31 in low number draws tend to be divided the jackpot prizes for the winners. Conversely draws with more numbers ranging from 31 to 49 tend to have fewer winners and thus the individual jackpot payouts are much higher.

The selection of 8, 5, 9, 7, 6, and 10 are conceivably popular numbers that could feature frequently in lotto player selections however in a full sequence, it would also be rare.

The Absa PowerBall App draw produced one winner, with eight coming from Gauteng, three from KwaZulu-Natal, and two from the Eastern Cape and two from Mpumalanga. Each of the Northern Cape, Limpopo, and Free State provinces produced a single R5.7M winner.

ITHUBA has not released any data on trends for what consecutive combinations South African players frequently play in draws. Lotto number selection strategies such as 1, 2, 3, 4, 5, 6 consecutive draw numbers are played over 10 000 times a year on the UK lottery (according to the Guardian newspaper in the UK).

Distribution of revenue within Ithuba.

The South African Lottery proceeds are intended to benefit a variety of charities that assist the disadvantaged communities in South Africa. Ironically, it is a multitude of disadvantaged people that land up spending the largest portion on lotto tickets.

The proceeds of the South African National lottery have not been without their fair share of scandals, GroundUp Independent journalists have routinely outlined numerous irregularities in the National Lottery operator.

Who Can Participate in South African Lottery Draws

Players must be at least 18 years old and tickets can be purchased in person at authorised stores. Online ticket sales are only available to South African residents who have an ABSA, FNB, Nedbank, or Standard Bank account or that have registered on the South African National Lottery website.

For the last 15 years, I have worked exclusively in the lottery business and have learned the in's and outs of how online and offline lotteries operate. I provide insider tips, guides that you won't find anywhere else on the web and that are exclusive to registerd members of this website.

What Not To Do With Your Winning Lotto Ticket!

2 Men Accused of Gluing Winning Lotto Numbers To Their Ticket

Can I Cancel Lotto Games Played Online With Standard Bank?

What Not To Do With Your Winning Lotto Ticket!

Can I Cancel Lotto Games Played Online With ABSA Bank?

No Result
View All Result